Troy Pollock Joins the Board of Leadr

Generally speaking, I sleep well at night. I am not a night owl so my internal clock typically clicks in around 8pm. I have a nighttime routine that consists of shutting down the house, taking a shower, turning off the screens and turning on some soft piano music, lighting a candle, meditating on the day that was, and popping a 5mg melatonin. This routine typically sets me up for a quality night sleep that results in me waking up fresh and ready to go the next morning. Now, I say *generally speaking* for two primary reasons.

The first reason is we have an infant at home. No matter how well I follow my nighttime routine, sleep can, and will, be interrupted by this miniature human being. Who knew a 9 pound bundle of joy could make such terrifying noises in the middle of night? We can be sound asleep, then without warning, the sound of a pterodactyl being dipped in acid permeates our bedroom. We can go from peace to all hell breaking loose in a matter of milliseconds.

Upon reflection, this sounds a lot like leadership as well, right? The organization and your team are cruising along just fine, until...you lose a star team member, a customer sends in “one of those emails,” or it’s time for annual reviews and you have no idea where to start.

The second reason I say ‘generally speaking’ is because there is one wrong in the world that often has me lying awake in bed at night trying to solve. That wrong is managers and leaders are ill equipped to be the best they can be.

Said another way, few managers and leaders are leading their downline as best they can. There is a downward spiral that happens when leaders are not their best. People stop growing, frustration from above and below ensues, and ultimately organizations top out and status quo becomes the future. There are many reasons as to why, but one glaring gap is they are lacking the tools necessary to lead at their full potential.

Insert Leadr. Leadr’s goal is to develop one million leaders through its software. Leadr exists to provide leaders and managers the tools necessary to be successful. Leadr forces conversations that are easy to sweep under the rug. Leadr tracks tasks that we’re all too busy to remember. Leadr is the conduit for performance management and personal growth. Leadr will help your people grow, and as a result, your organization will thrive.

That said, I am extremely honored and humbled to join the Leadr board. I have worked with my fellow board members (Dan Steinman, Michael Erisman, and Chris Heaslip) for many years on various projects. I have also worked with the entire executive team (Matt Tresidder, Jason Glover, and Holly Tate) on some of the most rewarding projects in my life.

This team is the real deal, and has a proven track record of building healthy organizations and developing people. I could not be more excited to join forces, once again, to help solve the leadership gap that exists in the world today. 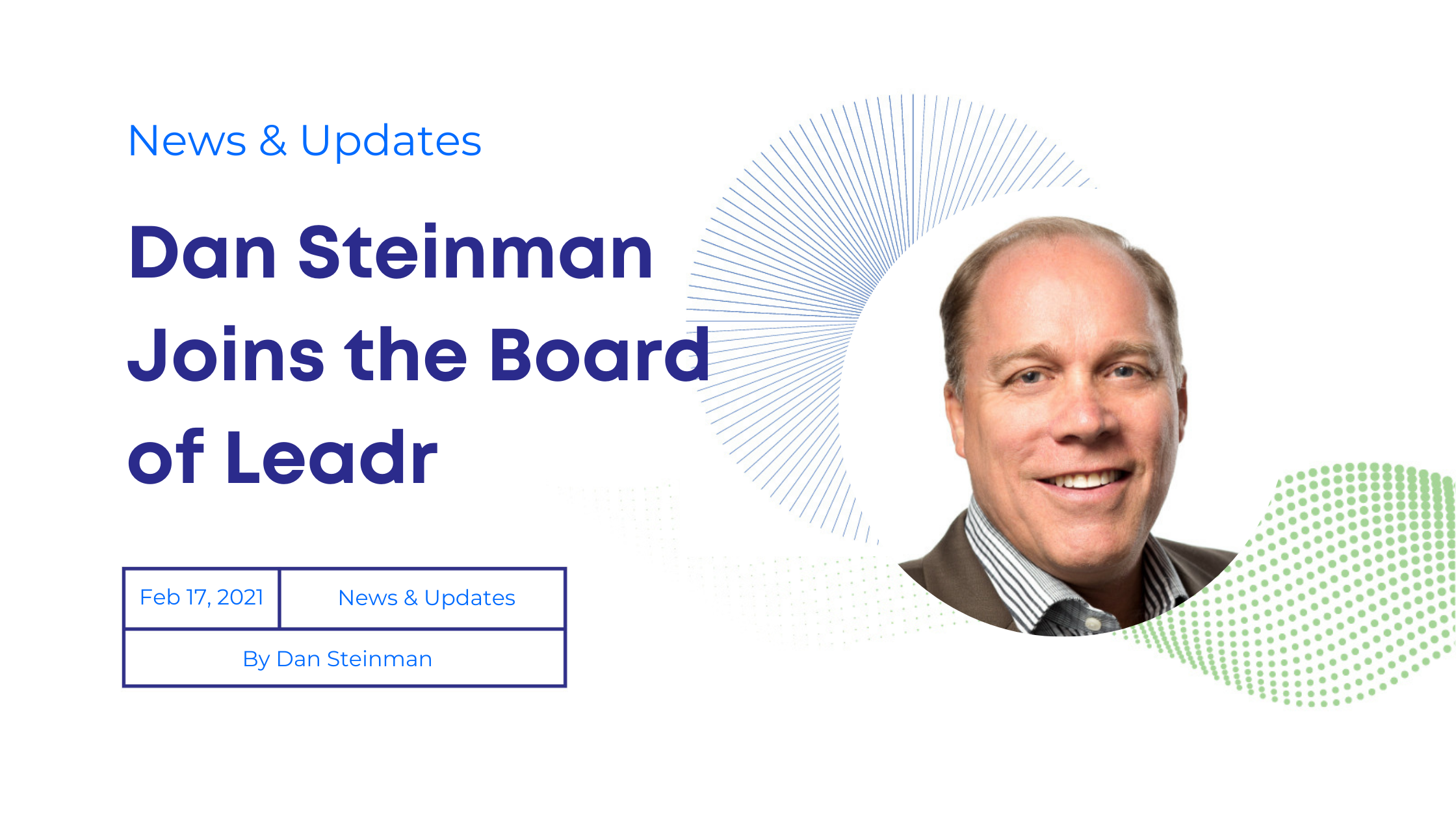 Dan Steinman Joins the Board of Leadr